Among other things, the web portal “Rock, Paper, Shotgun” published an article with some highlight around an interview with the game developers, where they talked about multiplayer, campaings and other fetures like cheat codes and scenario editor.

About the latter, Quinn Duffy, game director, spoke about how this new scenario editor would operate around “Essence“, the game engine, pointing out that it’s runing around it’s own beta testing with features made for the Age of Empires IV specifics.

However, Duffy declared that the editor would be available after the game release in Octuber 25th.

Not just that, but ranked multiplayer lobby and cheat codes will also be missing the first couple of days, and it will be added later on a patch. The unranked lobby and quick match will be operating, however, as well as offline gameplay and all the campaings.

The missing of ranked multiplayer, scenario editor and cheat codes at release, as well as the late addition of mods in early 2022, which has already being announced on the Age of Empires website, marks a stepback in comparison to other games of the franchise, where this were aspects already available at launch.

Specially the scenario editor is a useful tool for content creators, such as T-West, who pointed out on a video published on his YouTube channel that “the scenario editor it’s crucial, not just for making scenarios, but for experimenting and learning about the game”.

“With how important it is now a days for studios to get content creators playing and making content for their games, the editor and modding features are more crucial than ever”, he explains. 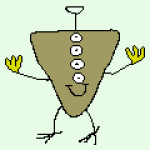